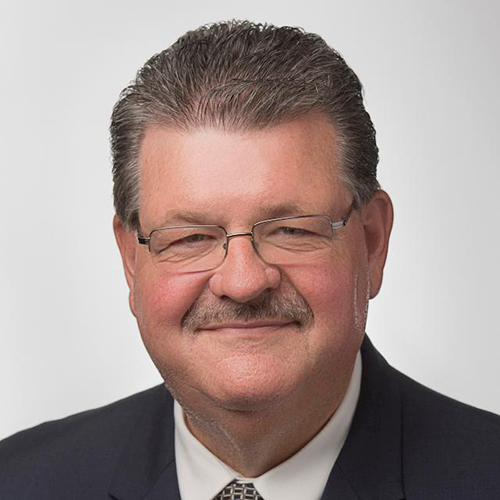 In this two-part interview with Ted Tozer, he discusses his career as a banking and mortgage executive in Ohio from 1985 to 2010 and as President of Ginnie Mae from 2010 to 2017. In part one, he provides a regional perspective to what Ohio was experiencing in 2002 as the state was still recovering from the Rust Belt transition of the 1980s. He argues that Fannie and Freddie received a disproportionate amount of blame for the crisis. Instead, he blames brokers who were incentivized to commit fraud in order to increase their loan volume and regulators who did not shut it down.

Listen to the Interview (Part 2)

Theodore Tozer has over thirty years of experience in the mortgage banking and securities industry. Currently, Tozer is a fellow at the Urban Institute’s Housing Finance Policy Center. Prior to joining the Urban Institute, he was a senior fellow at the Milken Institute’s Center for Financial Markets, where he led a team that analyzed housing finance reform. Tozer served as the President of the Government National Mortgage Association (Ginnie Mae) from 2010 to 2017. Prior to his tenure at Ginnie Mae, Tozer spent a quarter century at the National City Mortgage Company, rising to become Senior Vice President of Capital Markets. He has been a charter member on both National Lender Advisory Boards for Fannie Mae and Freddie Mac, a member of the Board of Governors of the Mortgage Bankers Association of America (MBA), and chairman of the Capital Markets Committee of the MBA. He obtained his Bachelor of Science in Accounting and Finance from Indiana University in 1979.

This biography of Ted Tozer’s career describes his time as President of Ginnie Mae and his work as senior vice president of capital markets at the National City Mortgage Company. It notes his involvement with the National Lender Advisory Boards of both Fannie Mae and Freddie Mac, the Mortgage Bankers Association of America, the Ohio Mortgage Bankers Association, and the Fannie Mae Midwest Secondary Advisory Group.

This biography of Ted Tozer’s career provided by the World Bank covers his current position as President of Ginnie Mae, his time at the National City Mortgage Company, and his earlier experience at the BancOhio National Bank. It notes his involvement in the National Lender Advisory Boards at both Fannie Mae and Freddie Mac as well the various work he has done with Mortgage Bankers Association of America and the Ohio Mortgage Bankers Association.

This report for which Theodore Tozer was a contributing author disagrees with releasing Fannie and Freddie from conservatorship without making crucial changes to their charters. It suggests new administrative measures to manage the housing finance system and the government-sponsored enterprises, Fannie Mae and Freddie Mac, as steps towards further reform. It proposes that Congress create an explicit, paid-for government guarantee of qualified mortgage-backed securities. The paper also pushes for the housing finance regulator to be granted the authority to charter new firms to compete with Fannie and Freddie.

Ted Tozer describes how analysis of Freddie Mac and Fannie Mae’s attempts to offer low down payment mortgages and the accompanying protections against credit losses may actually result in overcharging the low-income borrowers and first-time homebuyers they are meant to help.

Testimony of Theodore Tozer, Senior Fellow for the Center for Financial Markets at the Milken Institute, before the House Subcommittee on Housing and Insurance of the Committee on Financial Services, 115th Cong., November 7, 2017.

Theodore Tozer testified in this hearing on behalf of the Milken Institute for Financial Markets where he is a Senior Fellow in the Housing Finance Program. He identifies the lack of competitive disruptors as a detriment to the mortgage market, with Fannie Mae and Freddie Mac restricting credit and slowing innovation. Tozer describes increasing competition in lenders as, for example, a benefit to Ginnie Mae.

Written as Ted Tozer was stepping down from his seven-year tenure as President of Ginnie Mae after he was first appointed by President Barack Obama in 2009, the article describes Tozer’s time heading the Department of Housing and Urban Development agency. Prior to joining Ginnie Mae, he had worked at one of the biggest Ginnie Mae issuers at the time, National City Mortgage Company. Tozer described one of his main goals arriving at Ginnie Mae as strengthening its place in the market, and the article delves into how he engaged with the organization and its evolution under his leadership.

Written Testimony of Ted Tozer, President of Ginnie Mae, U.S. Department of Housing and Urban Development, before the House Subcommittee on Insurance, Housing and Community Opportunity of the Committee on Financial Services, 112th Cong., September 8, 2011.

In this written testimony, Ted Tozer discusses his perspective on the future roles of the FHA, RHS, and GNMA in the single- and multi-family mortgage markets. He characterizes Ginnie Mae has having played a role in helping stem economic upheaval during the crisis and describes their current work financing mortgages insured by government agencies and for minority borrowers. He describes Ginnie Mae’s partnerships with private investors, their recent performance, business model, and priorities such as risk management. He finishes by commenting on legislation being proposed and the Qualified Residential Mortgage Rule.

Written Testimony of Ted Tozer, President of Ginnie Mae, U.S. Department of Housing and Urban Development, before the House Subcommittee on Insurance, Housing and Community Opportunity of the Committee on Financial Services, 112th Cong., February 16, 2011.

In his testimony, Ted Tozer discusses Ginnie Mae’s business model as its president, highlighting their efforts to reduce government support of the housing market at a pace that does not hinder economic recovery. He describes the organization’s history, their current business strategy, their basic functions, corporate performance, and their plans for the future.

The transcript of this hearing covers the nomination of Ted Tozer, among other individuals to government roles. In his case, to the position of president of the Government National Mortgage Association (“Ginnie Mae”). It includes his statement, which discusses his previous experiences, as well as his answers to questions during the hearing on recent issues facing Ginnie Mae.