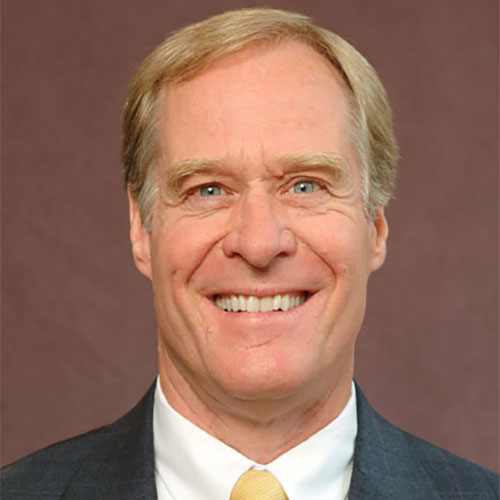 Mr. Gulley was a State Senator in the North Carolina General Assembly from 1993 to 2004, where he helped to strengthen consumer finance laws and enact additional consumer protection policies. While in office, Mr. Gulley was a key sponsor of the 1999 North Carolina Predatory Lending Law, the first state law in the country designed to curb predatory lending, and the 2001 North Carolina Consumer Finance Act, the first state law to outright ban payday lending. In 1985, Mr. Gulley was elected as Mayor of Durham. He served for two terms, from December 1985 to December 1989. During his time as Mayor, Mr. Gulley focused on urban sustainability policies, improving the city’s transportation infrastructure, and initiating Durham’s affordable housing program. Prior to his tenure as a State Senator, Mr. Gulley first became involved in mortgages as a private practice lawyer, handling hundreds of real estate closings for residential properties. Mr. Gulley originally hails from Little Rock, Arkansas. He holds a Juris Doctor from Northeastern University and a Bachelor of Arts from Duke University.

In this article, Triangle Business Journal profiles Gulley’s proposed reform that would reign in and regulate mortgage lenders. The article includes testimony from Gulley regarding the advantages of the bill, which would require mortgage brokers, mortgage bankers, and loan officers to be licensed by the N.C. Banking Commission.

In this pamphlet, Gulley’s predatory lending law is described along with the coalition that backed the reform. The source describes Gulley’s collaboration with the State Bank Commissioner’s office and the Center for Responsible Lending. (pages 41-43)