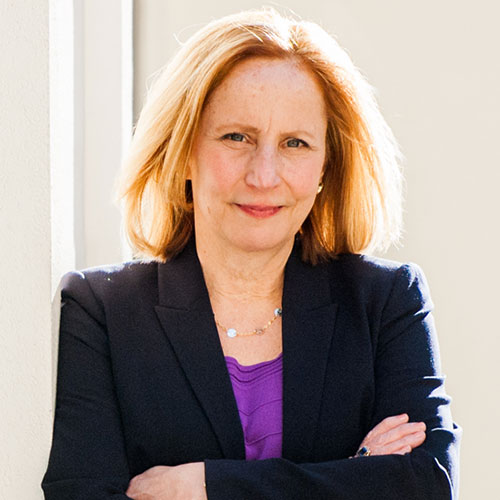 In this oral history interview, Dr. Susan Gates, PhD and current owner and principal at Wharton Policy Group, begins by discussing her work at the Office of Management and Budget, where she was in charge of the President’s budget and policy. She later talks about her time at Freddie Mac and how their services changed over time. She explains the process by which Freddie Mac sold securities in the secondary market and how it influenced her role as the Director, and later Vice President, of Public Policy at Freddie Mac. She also reflects on policies that sought to expand minority homeownership, and the market conditions and strategic choices that led to Freddie Mac’s conservatorship.

Susan Wharton Gates worked at Freddie Mac for 19 years. She began her career at Freddie Mac in 1990 as an economist before serving as Director of Public Policy. In 2004 she was promoted to Vice President of Public Policy. In 2008, she transitioned to Vice President of Corporate Strategy. After leaving Freddie Mac in 2009, Gates wrote a book entitled, Days of Slaughter, Inside the Fall of Freddie Mac and Why It Could Happen Again. She also founded Wharton Policy Group, LLC, a policy consulting firm in the Washington, D.C. area. Gates has taught at Virginia Tech’s Pamplin College of Business and served as a capstone advisor at Georgetown University. Gates served on the Board of Homestretch, Inc., which helps homeless parents living in Virginia attain permanent housing and self-sufficiency. Gates graduated from University of Delaware with a Bachelor of Arts and then earned her Masters of Public and International Affairs from University of Pittsburgh. Gates then went on to get her PhD in Public Administration and Policy from Virginia Tech in 1998.

Gates, Susan Wharton. Days of Slaughter: Inside the Fall of Freddie Mac and Why It Could Happen Again. Baltimore, MD: The Johns Hopkins University Press, 2017.

Susan Wharton Gates wrote a tell-all depicting the fall of Freddie Mac during the Great Recession. The book chronicles the financial and ethical destruction of Freddie Mac in the lead-up to the financial crisis of 2008. She applies what she has learned from time at Freddie Mac to analyze the current housing market and housing policy in an attempt to prevent another catastrophe.

This article discusses the release of Gates’ new book ““Days of Slaughter: The Fall of Freddie Mac and Why it Could Happen Again.” It summarizes her career at Freddie Mac until her resignation during the recession. In addition, the article also briefly discusses the role of GSEs and how they should be reintegrated into the housing market after the government bailout.