Former Deputy Director of the CFPB and Massachusetts Commissioner of Banks 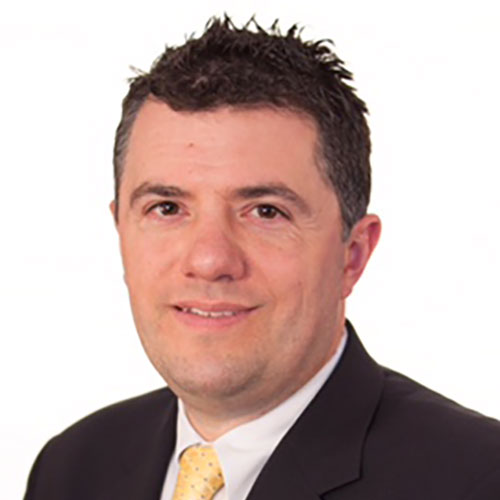 As Steve Antonakes explains in this interview, he never planned to become Commissioner of the Massachusetts Division of Banks. Fresh out of college, Steve Antonakes took a job in the early 1990s as a Bank Examiner with the Massachusetts Division of Banks, through which he investigated banks and credit unions to ensure they were following Community Reinvestment Act guidance.  Antonakes describes some of his key accomplishments at the Division of Banks, including developing rules to coincide with Massachusetts’ predatory lending law, convening a mortgage summit in the mid-2000s to identify ways to prevent foreclosures in the state, which resulted in comprehensive foreclosure legislation, and playing an integral role in the creating of the Nationwide Mortgage Licensing System. Antonakes concludes with reflections on his time at the Consumer Financial Protection Bureau and his roles as Associate Director of Supervision, Enforcement, and Fair Lending and later as Deputy Director.

Mr. Antonakes previously served as the Deputy Director and the Associate Director for Supervision, Enforcement, and Fair Lending at the Consumer Financial Protection Bureau.  He was the Bureau’s second highest ranking official, overseeing the supervision of all banks and non-banks under the Bureau’s jurisdiction, and establishing the Bureau’s consumer protection supervision program for the largest financial institutions in the country, which collectively account for over 80 percent of the nation’s banking assets.  He supervised a staff of nearly 800 and administered a budget of over $145 million.

Prior to joining the Bureau, Mr. Antonakes was appointed by successive governors to serve as the Massachusetts Commissioner of Banks from December 2003 to November 2010.  Preceding his appointment as Commissioner, Mr. Antonakes served in a variety of managerial positions at the Division of Banks, having joined the agency as an entry-level bank examiner in 1990.

During his 25-year regulatory career, Mr. Antonakes staffed the Financial Stability Oversight Council (FSOC), and served as the first state-voting member of the Federal Financial Institutions Examination Council (FFIEC), Vice Chairman of the Conference of State Bank Supervisors (CSBS), and a founding member of the governing board of the Nationwide Multistate Licensing System (NMLS).  In March 2007, he received NeighborWorks America’s Government Service Award for his work in combatting foreclosures.

This article outlines companies’ frustrations with the lengthy amount of time the Consumer Financial Protection Bureau takes to produce examination reports. Antonakes is quoted assuring these companies that the agency is trying to speed up the return of these reports and that the examination process is getting better as time continues.

This article describes Steve Antonakes’ approach to bank and nonbank lending regulation and includes reactions to his appointment as associate director for supervision, enforcement, and fair lending at the Consumer Financial Protection Bureau. Antonakes is quoted stating that nonbank mortgage lending regulation and coordination with state officials were priorities for the agency. The article goes on to briefly discuss Antonakes’ previous roles in bank examination in Massachusetts.

This article discusses the Consumer Financial Protection Bureau’s newly released supervision and examination manual. Unlike previous exam processes, this new approach emphasizes impact to the consumer, and as the bureau’s associate director for large bank supervision, Steve Antonakes is quoted stating that the agency’s primary concern is what risks consumers are facing and how transparently those risks are being communicated to consumers. He also discusses the importance of reviewing and improving the processes outlined in the manual, and he notes that many of these approaches were adapted from practices first introduced by states during the crisis.

In his letter to the editor responding to the article “State won’t review old loans” published in The Boston Globe, Steve Antonakes denies the suggestion that the Massachusetts Division of Banks has no plans to review loans originated by originators who have been denied licenses. He cites the nearly 400 actions against licensed mortgage entities the division has issued in the last three years and includes statistics to demonstrate the rigor of the licensing process.

This article discusses the announcement that Massachusetts Division of Banks will be joining six other state banking regulators as the first agencies to participate in the Nationwide Mortgage Licensing System (NMLS), which will centralize information available to regulators and consumers on the individuals and institutions originating home mortgages. Steve Antonakes, Massachusetts Commissioner of Banks, is one of five founding board members overseeing the NMLS, and he is quoted emphasizing the role the NMLS has to play in helping the Division of Banks ensure that licensed lenders are not engaging in mortgage fraud or predatory lending practices.

In this article, using regression analysis as evidence, Steven Antonakes argues that the Community Reinvestment Act, which was originally enacted to combat redlining, may have fundamental flaws that make it difficult to ascertain whether the legislation has the capacity to eliminate predatory lending practices.