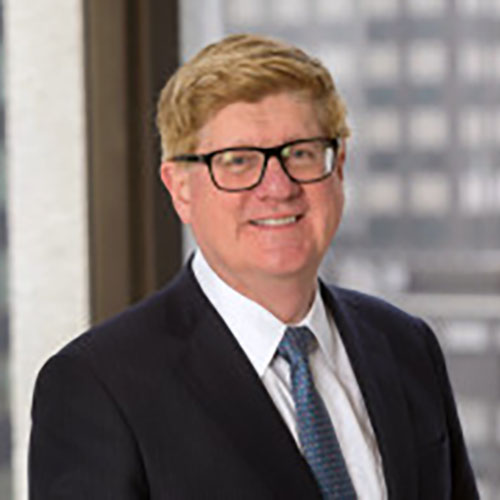 Listen to the Interview (Part 2)

Ronald Cathcart is a leading enterprise risk professional with thirty years of experience in banking and supervision. He is currently a Managing Director and Head of Risk Practice at Promontory Financial Group. Cathcart has extensive experience with firms both within and outside the United States, and his prior positions include his tenure as Chief Risk Officer at Washington Mutual Bank from late 2005 to 2008 and his time as Head of Enterprise Risk Supervision at the Federal Reserve Bank of New York from 2012 to 2017, among other senior-level positions at prominent institutions. Cathcart holds a B.A. in English from Dartmouth College and an MBA from Ivey Business School at Western University.

This article discusses Washington Mutual’s trajectory in the lead-up to the financial crisis. It expands on the degree to which executives at Washington Mutual and its regulators were aware of the housing bubble and deteriorating underwriting standards as well as the incentives driving business decisions at the time. It mentions that Ronald Cathcart had become the chief risk officer at Washington Mutual in 2006 and had pushed for more controls, but the bank’s directors, while willing to listen to concerns being raised, implemented very few consequences for problems remaining unfixed. The article notes that after Cathcart brought his concerns before the board and the Office of Thrift Supervision, he was fired in 2008.

The article discusses findings from a Senate investigation that found the Office of Thrift Supervision had taken a hands-off approach to regulating Washington Mutual even while being aware of reckless lending practices being carried out at the thrift. It quotes an email written by Cathcart discussing how the thrift planned to “hold off on implementation [of compliance to new OTS recommendations] until required to act for public relations…or regulatory reasons” after Washington Mutual realized compliance would result in a 33% decrease in loan volume.

This article introduces Ronald Cathcart as Washington Mutual’s chief risk officer from 2006-2008 alongside his predecessor, James Vanasek. Both men testified before a Senate panel investigating Washington Mutual. Cathcart had testified that he had been increasingly excluded from senior executive meetings as financial conditions deteriorated in late 2007 and early 2008 and sought out meetings with the Office of Thrift Supervision and the WaMu Board to discuss weak operational controls in the bank’s credit platform. He was relieved of his job a few weeks after he brought up to the director that he felt as though he was not able to pursue his responsibilities as Chief Enterprise Risk Officer due to the degree of marginalization.

Ron Cathcart testified before the Senate to comment on his experience at Washington Mutual Bank (“WaMu”) overseeing their risk management. He described the risk department he inherited as isolated from the rest of the business, and that prior to his arrival at WaMu, the thrift had already adopted a “Higher Risk Lending Strategy,” but that the shift to higher margin products was poorly executed. He described how many in the bank, himself included, but Internal Audit and the Credit Review group as well pointed out control weaknesses in the bank, especially with Long Beach Mortgage Company, which had subpar underwriting quality. He also identified option ARM loans as a significant factor in WaMu’s failure.

Ron Cathcart testified before the Senate in their hearing on “Wall Street and the Financial Crisis: The Role of High Risk Home Loans.” He identified lack of regulation and lax lending standards as something that allowed mortgage brokers to operate without oversight, deteriorating underwriting standards, and he believed the banks had shifted to become conduits for Wall Street, which also contributed to the decline of the US financial market. When asked about Long Beach Mortgage, Cathcart replied that though he was not involved in managing the risks associated with securitization at Long Beach, he did not believe they had an effective risk management regime. He had also been concerned about the efficacy of the internal Fraud Investigations Group. He also identified conflicting incentives as something that harmed the process of rating agencies rating securities.

The article announces how John McMurray, who had previously been Washington Mutual’s chief credit officer, will be replacing Ron Cathcart as the new chief risk officer, who reports to Chief Executive Kerry Killinger. The article notes that the thrift announced that Cathcart had left the company but given no more details.

Cathcart, Ronald. Ronald Cathcart to the Office of Thirft Supervision, the Board of Governors of the Federal Reserve System, the Office of the Comptroller of the Currency, and the Federal Deposit Insurance, March 20, 2007

This is a letter Ronald Cathcart wrote on behalf of Washington Mutual as Executive Vice President and Chief Enterprise Risk Officer addressing Washington Mutual’s issues with Basel II, in particular, in disagreement with the Notice of Proposed Rule-Making’s requirement for higher levels of capital compared to foreign banks and its movement away from giving bank’s more control over their own capital modeling.