Former Director of the CFPB and Ohio Attorney General 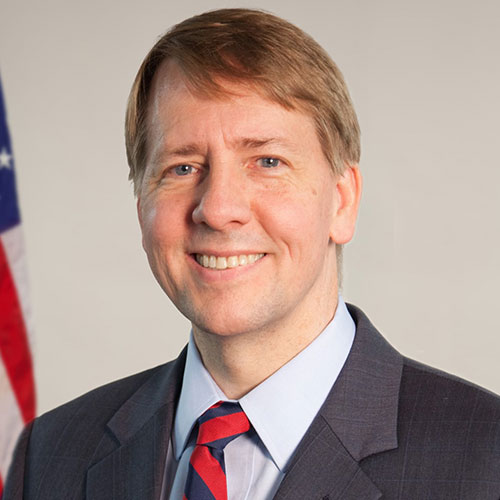 In this oral history interview, Richard Cordray begins by describing his initial work on the regulation of residential mortgages during his time in the Ohio legislature during the 1990s.  Cordray explains the key changes he witnessed in the market since then, including an increasingly aggressive posture by mortgage lenders during the 2000s. Cordray also discusses how Ohio differed from other states across the country in its experience with the housing crisis. In particular, he notes that Ohio was one of the first states to experience elevated numbers of foreclosures, and it became clearer over time that this was linked to the fact that Ohio was one of the first states to suffer from a new wave of irresponsible lending practices. Cordray then reflects on his role as a state regulator/state official throughout the crisis, describing, amongst other things, the ways in which effective regulatory oversight was limited by federal preemption and divided approaches between state and federal governments. He describes the success he later found as Director of a federal agency, the Consumer Financial Protection Bureau, when they worked closely with state officials to bring enforcement actions and other relief measures for consumers. Cordray identifies irresponsible lending in the mortgage market as the primary cause of the crisis. He ends by delineating the most important lessons for mortgage originators and policy makers, including the need for close monitoring and oversight of mortgage markets to ensure that lenders abide by underwriting criteria suitable for their customers.

Richard Cordray is an American attorney, elected official, and financial regulator with extensive experience at the state and federal level. Cordray began his political career in 1990, when he won a seat in the Ohio State House of Representatives. In 2002, Cordray was elected to serve as the Treasurer of Franklin County, Ohio. In 2007, he won a statewide election to become Treasurer of Ohio, and participated in the Ohio Foreclosure Prevention Task Force. Cordray was elected in 2009 to serve as Ohio Attorney General. In this position, he helped lead Ohio’s response to the 2008 Financial Crisis. As Ohio Attorney General, he helped launch a multi-state initiative to curb predatory lending and investigate “robo-signing” foreclosure fraud. Cordray also filed lawsuits against fraudulent banks and mortgage servicers, which led to multimillion-dollar settlements for the Ohio taxpayers. In 2012, President Obama nominated Cordray to serve as the first director of the Consumer Financial Protection Bureau. Cordray served in this position until his resignation in 2017. Cordray currently resides in Grove City, Ohio, and holds a Juris Doctor from the University of Chicago, a Master of Arts from Brasenose College, Oxford, and a Bachelor of Arts from Michigan State University.

This article details Cordray’s firm stance on his opposition to the payday loan industry– it highlights his support for the Ohio House Bill 545 which caps interest rates on payday loans during his run for Ohio Attorney General.

In this article in The Advocate, Cordray’s encouragement of public and private sector officials to address the foreclosure crisis is highlighted as the author describes his engagement with Ohio households to create awareness of predatory lending.

In this op-ed for the Washington Post, Cordray looks back on the causes of the 2007-2009 financial crisis and reflects on the role of irregularities in the mortgage market in the Great Recession. He argues that in order to avert a foreclosure crisis like the one that occurred in 2008, the Consumer Financial Protection Bureau and state officials should provide financial relief for vulnerable homeowners.

This comprehensive overview of Cordray’s career as a public official in Ohio appeared as the Senate prepared to consider his nomination to the Consumer Financial Protection Bureau. Zornick stresses that while consumer groups in Ohio appreciated Cordray’s tough stances against consumer fraud, Wall Street financial firms raised concerns about his nomination.

This news story provides an overview of Richard Cordray’s work as the Ohio Attorney General, including lawsuits against major banks, subprime lenders, and rating agencies. The article emphasizes Cordray’s advocacy for more enforcement of mortgage regulations on both a state and federal level.