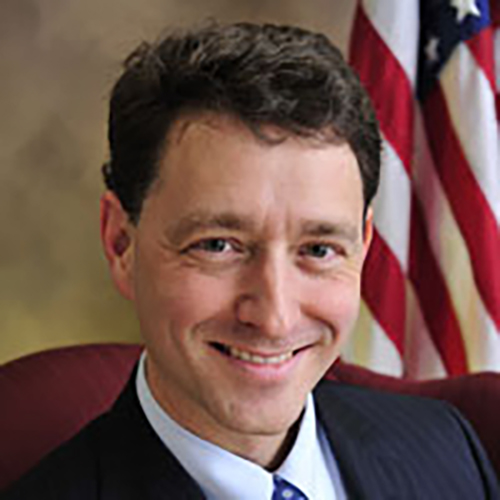 Mark Pearce is the Director of the FDIC’s Division of Depositor and Consumer Protection. In that role, he leads the FDIC’s consumer and depositor protection efforts. Before joining the FDIC, Mark was Chief Deputy Commissioner of Banks for the State of North Carolina. Before that, he served as President of the Center for Responsible Lending and worked for Self-Help, one of the largest CFDI’s in the United States. Pearce has also had a term as President of the American Association of Residential Mortgage Regulators, served on the State Foreclosure Prevention Working Group, and chaired the Conference of State Banking Supervisors’ Mortgage Policy subcommittee. Mark graduated from Harvard Law School and has a B.A. from the University of North Carolina at Chapel Hill.

Opening Statement of Mark E. Pearce – North Carolina Deputy Commissioner of Banks: Public Hearing on the Home Ownership and Equity Protection Act of 1994 before the Board of Governors of the Federal Reserve System (testimony of Mark E. Pearce)

In this testimony before the Board of Governors of the Federal Reserve System, Pearce discusses the failures of the Home Ownership and Equity Protection Act (HOEPA) to prevent abuses associated with predatory lending and asserts that HOEPA can be updated to offer further consumer protection and establish fair standards in the mortgage marketplace, as seen in North Carolina’s experience.

In this article by Consumer Affairs, Pearce is quoted several times regarding the proposed 2015 bill destroying many state and federal regulations against predatory lending. He argues that the bill is merely an attempt for lenders to get around the strong predatory lending regulations.

In this oral statement before the Senate Special Committee on Aging, Pearce provides testimony as a representative of the Federal Deposit Insurance Corporation (FDIC) regarding the small dollar credit needs of older Americans and FDIC’s role in ensuring the elderly do not endure financial troubles as a result of payday lending.

The article discusses Mark Pearce’s move to the Federal Deposit Insurance Corp. as head of the Division of Depositor and Consumer Protection. His committee helps carry out responsibilities under the Dodd-Frank Wall Street Reform and Consumer Protection Act. The article also touches upon Pearce’s previous experiences as President of the Center for Responsible Lending in Durham, where he acted for more than 10 years as a consumer-financial advocate.

In this article, Mark Pearce pushes back against the idea that states are more to blame than the federal government for inadequate regulation of mortgage lending in the nonbank financial industry. He highlights legislation enacted in North Carolina and New York to rein in predatory lending and emphasizes the multistate enforcement actions taken against Household, Ameriquest, and Countrywide. Pearce argues for ensuring that states moving forward have the power to enact consumer protection legislation as a check against federal regulators. He supports the creation of a federal consumer protection agency that can also step in when states fail to properly create and enforce regulation in the nonbank sector.

This 2008 report from Self Help describes the work that Pearce and his co-workers undertook between 1996 and 2002 as they sought to empower residents in the Durham neighborhood of Walltown.

In this opinion piece for the Raleigh regional newspaper The News & Observer, Mark Pearce criticizes a national bill, the Responsible Lending Act, and notes its potential to weaken North Carolina’s ability to regulate lending practices via the state’s 1999 anti-predatory lending legislation. He believes the Responsible Lending Act would create loopholes for unscrupulous lenders to strip a homeowner’s equity and take advantage of borrowers via loan flipping. In contrast, Pearce advocates for an alternative national bill proposed by Reps. Brad Miller, Mel Watt, and Barney Frank which is also being debated by Congress.