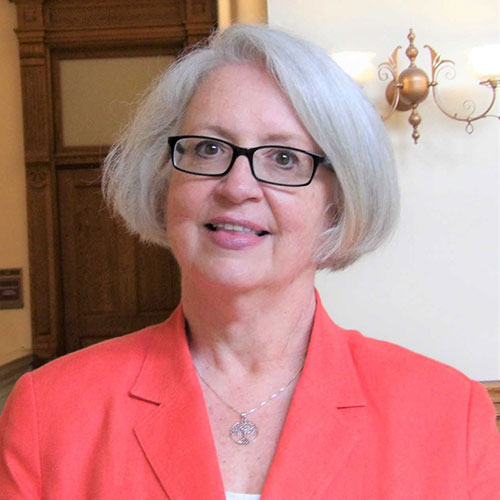 Kathy Floyd is the former Advocacy Director for the Georgia AARP. During her twenty years in this position, she was involved with major legislation covering a range of issues affecting senior citizens, including advocating for the passage of the Georgia Fair Lending Act. After her time with AARP, in 2014 she became the Executive Director of the Georgia Council on Aging, which advocates for the needs of Georgia’s seniors and their families. In 2017, she was appointed by Georgia Governor Nathan Deal to the newly-created Older Adults Cabinet. In addition to these positions, Floyd served on the boards of directors of Georgians for a Healthy Future, the Georgia Gerontology Society, and Georgia Watch. She received the “Outstanding Georgia Citizen” award in 2019 from the Georgia Secretary of State in recognition of her career-long advocacy for the elderly. Floyd holds a BA in history from the University of North Carolina at Chapel Hill and an MBA in finance from Georgia State University.

This article describes state efforts at passing anti-predatory mortgage laws and the opposition from bankers. The Georgia Fair Lending Act is discussed, and the article explains the various stakeholders’ positions, from housing advocates, to bankers, to rating agencies. In this article, Kathy Floyd, then working for the AARP in Georgia, expresses concern that banks were using the fear of a credit drought to gut the Georgia Fair Lending Act.