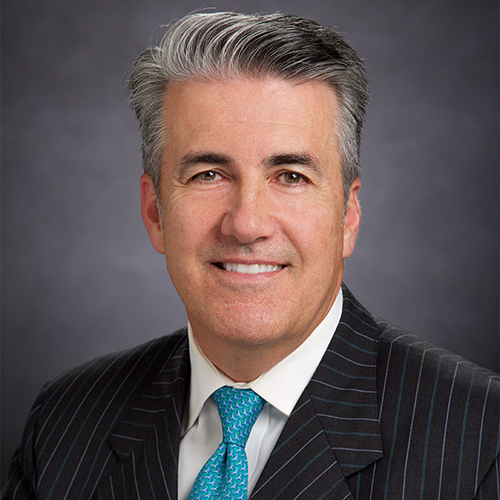 Harlan Parrish worked in a variety of roles during his 26 years at Colonial Bank. During that time, he witnessed, and played a leading role in, Colonial’s rise from an Alabama community bank to a large regional bank focused on the US Southeast. Parrish discusses the role that geography and demographics, internal culture, and strategy played in Colonial’s rapid growth. He recounts how the internal culture, focused on sound underwriting practices, began to change as Colonial outgrew its Alabama roots, and how this change played a leading role in the bank’s eventual failure. Parrish provides a candid, firsthand perspective on the lessons learned by many mortgage industry professionals in the wake of the Global Financial Crisis.

A banker with forty years of experience, Harlan Parrish is the current President of Lee County for FineMark National Bank & Trust. Parrish spent over twenty-five years with Colonial Bank, joining as a management trainee in 1984 and becoming the Senior Executive Vice President of Colonial BancGroup’s Retail Line of Business for Alabama, Florida, Georgia, Nevada, and Texas in 2009. After Colonial Bank, Parrish held senior positions at BB&T, BankUnited, and USAmeriBank. Parrish holds a B.S. in Biology from Auburn University, Alabama.

Harlan Parrish was awarded Bonita Springs Citizen of the Year for his work promoting public education. He was the incoming chairman of the Foundation for Lee County Public Schools.

This article covers Harlan Parrish being named president of the Bonita Springs market of Finemark Bank & Trust in 2015, returning to Southwest Florida after his most recent position as president of Aliant Bank in Alabama.

This article announces the hiring of Harlan Parrish as the Bonita Springs/Estero President of FineMark National Bank & Trust.

This article describes how Harlan Parrish had just been announced as president of Aliant Bank in Alabama. It notes his previous experience as senior executive vice president of retail banking for BankUnited in Florida, his time as BB&T’s lead executive in Lee County, Florida, and his twenty-five years at Colonial Bank.

This article describes how there has been an increase in private equity investors buying failed Florida banks, including BankUnited. Many of these deals were government-assisted. At the time, twenty-two Florida banks had failed, and an independent bank consultant, Ken Thomas, quoted described Florida as both the “bank failure capital” as well as the “private equity bank capital” in the US. Harlan Parrish was quoted as BankUnited’s new senior executive vice president. He notes that the bank is shifting to a more commercial branch slant that lends to mid-market and small businesses rather than real estate loans.

In this 2009 press release from Colonial Bank, it is announced that Harlan Parrish, who is based out of Colonial Bank’s regional headquarters in Fort Myers, Florida, has recently been promoted to senior executive vice president, retail line of business directors. It outlines some of his previous positions at Colonial Bank, and his involvement in civic and community organizations in Southwest Florida such as his time as chairman for the Foundation for Lee County Public Schools.

The article notes that the Dow Jones Industrial Average had just saw a day increase of 379 points, a rarity during the recession, and some local bankers at a Florida Gulf Coast University panel had expressed some optimism as to how things will progress. A business professor at FGCU, David Jones, notes that the federal government’s response will be key. The Troubled Asset Relief Program (TARP) is mentioned. Some banks had been criticized for taking TARP funds but not lending. Harlan Parrish, then CEO of Colonial Bank’s Southwest Florida region, was quoted describing how his bank is lending, but there are not many qualified borrowers seeking loans.

This article covers Harlan Parrish’s appointment to the Bank Administration Institute’s Board of Directors as the only Florida-based executive. The Bank Administration Institute is a professional organization for the financial services industry and its board of directors serve to advise the institute on issues like governance or market feedback. The article notes that he was the president and CEO of Colonial Bank’s Florida West Coast region at the time.

The article describes Colonial Bank’s plans to double its presence from Tampa to Naples in Florida, taking more market share from regional and national banks as population and economic growth in the state compared to the rest of the county, despite the decline of the residential market. Harlan Parrish is consistently quoted as the president and CEO of Colonial Bank’s Southwest Florida region. He describes how Colonial Bank was aiming to grow by building branches, not acquire banks as many banks at the time had problems. The hope was that smaller, less profitable banks will be selling out to competitors like Colonial. Parrish notes that Colonial has become more cautious about lending, especially with larger real estate projects as they do not expect a rebound in residential real estate until two more years down the line.

This article announces the naming of Harlan Parrish as the president of what was once First National Bank of Florida, Bonita Springs, and what is now the southwest Florida region of Colonial bank. He was previously the executive vice president of retail banking in Huntsville, Alabama.