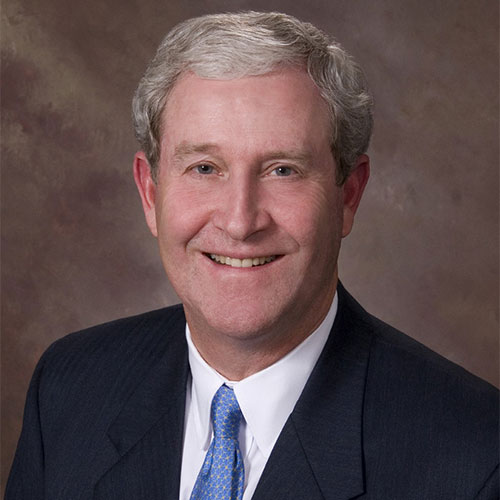 Hank Cunningham is the former President of the North Carolina mortgage lending bank Cunningham & Company, which served the greater North Carolina area from 1990 to 2011. Mr. Cunningham worked with the Commissioner of Banks in North Carolina, the Federal Housing Administration, and later, the Government National Mortgage Association, Fannie Mae, and Freddie Mac to receive necessary approvals for offering mortgage products to borrowers. Mr. Cunningham was also President of the Mortgage Bankers Association of the Carolinas from 1990 to 1991, and he has served on its Legislative Committee since 1994. Through his role on the Mortgage Bankers Association of the Carolinas, Mr. Cunningham interacted frequently with the Commissioner of Banks as well as legislative leaders about bills related to the mortgage banking industry in North Carolina. Prior to founding Cunningham & Company, Mr. Cunningham gained experience in mortgage lending through prior positions at First Union Mortgage (formerly Cameron-Brown Company) from 1975 to 1984 and 1st Home Federal Savings & Loan from 1984 to 1989. Today, he is the East Region Manager for Highlands Residential Mortgage in Greensboro, North Carolina. Mr. Cunningham holds a Bachelor of Arts from Duke University.

Mortgage Origination- The Impact of Recent Changes on Homeowners and Businesses: Hearing before the Subcommittee on Insurance, Housing, and Community Opportunity, of the House Committee on Financial Services, 112th Cong. (23) (testimony of Henry V. Cunningham, Jr.)

In this testimony on behalf of the Mortgage Bankers Association to the House Financial Services Committee, Cunningham focuses on the Dodd-Frank Wall Street Reform, the SAFE Mortgage Licensing Act, and Loan Originator Compensation rules. Cunningham argues that the amount of regulations on lenders places undue stress on them and harms the market, and “urges lawmakers to act judiciously with regulations going forward.”

In this profile of Cunningham’s career in mortgage lending, the News and Record describes Cunningham’s entry into the mortgage loan market along with his early history of involvement with the real estate market.

In this profile of the Mortgage Bankers Association, Cunningham is interviewed about his role on the Board of Directors for the MBA. He discusses MBA’s role in lobbying for a rise in FHA loan limits and MBA’s role in North Carolina’s predatory lending legislation.