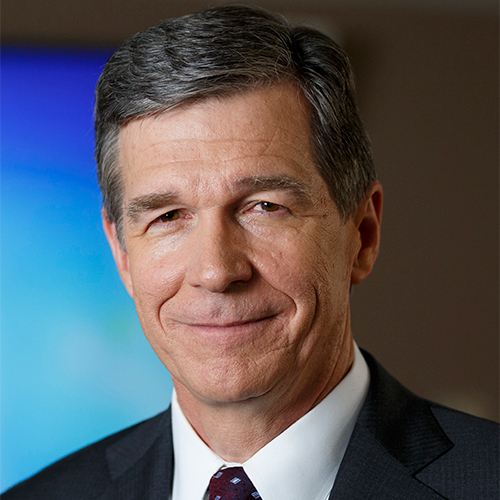 In this interview, Roy Cooper discusses his role in enactment of the 1999 North Carolina Predatory Lending Law, and the later enforcement of the law. As majority leader in the North Carolina Senate, Cooper guided the passage of the law, which responded to the growing prevalence of unaffordable loans extended to North Carolina homebuyers. In addition to explaining the creation of political consensus around the legislation, he outlines its key provisions, such as additional requirements for loans with especially high interest rates. Cooper further reflects on the steps he took as Attorney General of North Carolina to enforce and Predatory Lending Law, as well as his efforts to persuade the Office of the Comptroller of the Currency to reconsider its decision to preempt state banking regulations.

Roy Cooper is the Governor of North Carolina, serving since 2017. Cooper grew up in Nash County, NC and began practicing law there in 1982. He was elected to the North Carolina House of Representatives in 1986, won election to the state Senate and became Democratic Majority Leader in 1997. In the 1990s, Roy Cooper’s law firm practiced in the area of residential real estate. As the Senate Majority Leader, Cooper introduced and helped pass the 1999 Predatory Lending Law, the first of its kind in the nation. Cooper then served from 2001 to 2017 as the Attorney General of North Carolina. During these sixteen years, his office had primary responsibility for enforcing the provisions of the 1999 statute. Roy Cooper holds a Juris Doctor from the University of North Carolina-Chapel Hill School of Law, and an undergraduate degree from UNC-CH.

This article discusses a N.C. Supreme Court case between the borrowers of Nations Credit, a subsidiary of Bank of America and the bank. The borrowers allege the bank illegally attached credit insurance to loans without telling customers. The North Carolina Attorney General Roy Cooper supported the lenders and believe the bank’s practices to be unfair.

This article describes the 1999 North Carolina Predatory Lending Law as it was first proposed in 1999. Roy Cooper is a co-sponsor of this bill, which places restrictions on excessive fees, balloon payments, packing credit insurance with loans, etc. Lenders are required to receive a certificate from the Department of Housing and Urban Development as proof that the borrower has received the appropriate counsel before taking on debt.

This article describes a friend of the court brief filed by Roy Cooper and 48 other state attorneys general to argue federal legislations should not override state consumer protection legislations. The court brief is filed in the U.S. Supreme Court case Cuomo v. The Clearing House Association. The central issue is whether the New York Attorney General Andrew Cuomo should be allowed to enforce fair lending laws against national subprime mortgage lenders.

Eisley, Matthew, and Chris Serres. “Laws on Lenders May Fall to Feds,” The News & Observer, September 5, 2003: A1. NewsBank: America’s News – Historical and Current.

This article discusses the Office of the Comptroller of the Currency preempting state banking laws, which include terms for home-mortgage loans for low-income lenders. As the attorney general, Roy Cooper opposed this decision. He is quoted as saying, “I’m concerned that Washington continues to chip away at states’ efforts to protect consumers from abusive lending practices.”

In this article, it describes a North Carolina Supreme Court decision to find Credit Suisse First Boston Mortgage Securities Corp. to not be liable in a class action lawsuit. The company created a trust that held more than 1,000 loans around the country and overcharged fees and interests. Due to the company not having any offices or employees in North Carolina, the North Carolina Supreme Court found them not liable. Attorney General Roy Cooper is appealing this decision.

In this article, Roy Cooper, the Attorney General of North Carolina, criticizes the federal Mortgage Reform and Anti-Predatory Lending Act of 2007. Cooper criticizes the legislation for being weaker than state regulatory laws and views its passing as damaging state regulations. Although the sponsors of the bill say it is modelled after the 1999 North Carolina predatory lending law, a key distinction exists. North Carolina law protects homeowners who are the victims of fraudulent or bad loans, even if their original lender sells their mortgage to another company. The federal legislation allows only the original lender to be sued.

In this news release, the Washington State Attorney General Christine Gregoire announced homeowners overcharged by Household Finance on their mortgage will receive $484 million in consumer restitutions in a multi-state settlement. As Attorney General of North Carolina, Roy Cooper was part of the lawsuit and participated in the financial negotiation of the case.

This article discusses the effort of North Carolina Attorney General Roy Cooper and Iowa Attorney General Tom Miller to stop the preemption of state banking laws by the Office of the Comptroller of the Currency.