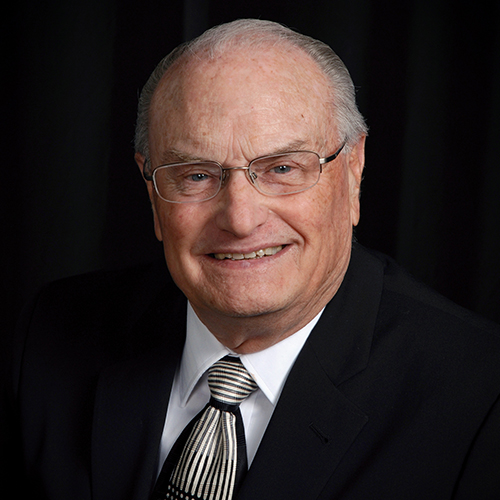 Gary Crabtree discusses his perspective on the real estate and appraisal industry since he began his career in 1962. He describes how technology, practices, licensure, and regulations for appraisers have evolved over the years. Crabtree elaborates on his involvement with the Appraisal Institute and the oversight of appraisers by the Appraisal Subcommittee and its various boards. He points to legislation promoting homeownership as an initial cause of the financial crisis and discusses the specific effects of the crisis on areas of California, where his practice is situated. Crabtree also details a case of fraud he investigated and reported to the FBI and later testified about to the Financial Crisis Inquiry Commission.

Gary Crabtree is a real estate appraiser and consultant at Affiliated Appraisers, an independent real estate appraisal company in Bakersfield, California. He has been active in the industry since 1962 and holds the SRA designation from the Appraisal Institute. He has served on the Appraisal Institute’s national board of directors, Appraisal Standards Committee, and Government Relations Committee.

In this statement to the Financial Crisis Inquiry Commission in the wake of the financial crisis, Gary Crabtree discusses the impact of the financial crisis on the Greater Bakersfield community and its single-family real estate market. He discusses how he first began to notice changes in the market in 2003 and 2004 and how he began collecting data on seemingly fraudulent transactions in 2006 while conducting due diligence on the comparable sales he used in his own appraisal reports. He goes on to detail examples of mortgage fraud he discovered or helped report on behalf of others who did not want to become personally involved.

The article discusses the Home Valuation Code of Conduct, and Gary Crabtree, who is noted as the producer of the Crabtree Report on Bakersfield area home sales, is discussed for criticizing how appraisal management companies mandated by the code are now pushing veteran appraisers out of work to instead hire newer appraisals for less money.

This article documents new information uncovered on a case of real estate and appraisal fraud related to a home in Southwest Bakersfield. Gary Crabtree is noted as the appraiser who tipped off the detective from the Bakersfield Police Department to a possible cash payment made by the buyer to the seller that was not accounted for in the escrow process and which led to the obtaining of warrants that revealed more suspicious activity.

In this commentary submitted to the “Community Voices” column of The Bakersfield Californian, Crabtree discusses instances of mortgage fraud he has discovered in response to a statement by District Attorney Ed Jagels stating that he is not convinced real estate fraud is a sufficiently large problem to warrant a special prosecuting unit in Kern County.

The article discusses a letter released by Crabtree. For two years, Gary Crabtree had released reports compiling monthly single-family home market statistics for the Bakersfield area. Crabtree noted that since, local lenders have begun to stop giving him appraisal assignments, and in the letter, he announced that he will no longer provide news media with his reports, though he will continue making his reports available to real estate professionals with a fee.

This article discusses Gary Crabtree’s accounts of widespread mortgage fraud in Bakersfield. He notes that he has documented 22 suspect cases in the past year and forwarded the six most severe instances to the FBI, the California Department of Real Estate, and the Californian Office of Real Estate Appraisers.