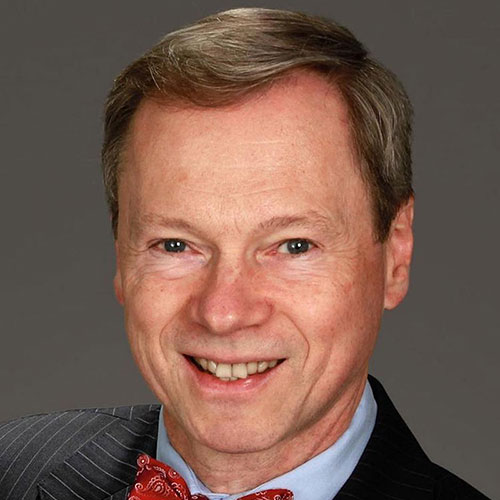 Dr. Frank Nothaft, an economist with more than 30 years of experience within the housing industry, begins the interview by providing an overview the history of the of GSE’s and the rise of capital markets in the ‘80s and ‘90s. He also details the evolution of how a few, niche mortgage products developed into a massive subprime market, as well as the interplay between monetary policy and the mortgage boom. The interview also provides insight on the internal culture, practices, and challenges that Freddie Mac faced in the run-up to the 2008 financial crisis.

Frank E. Nothaft served as the Chief Economist for CoreLogic until his passing in 2022. Previously, Nothaft served in various economist roles for Freddie Mac from 1986-2015. He was promoted to Chief Economist in 2001 after holding positions as Deputy Chief Economist and Senior Economist. While at Freddie Mac, his responsibilities included producing monthly reports of the mortgage and housing markets. Nothaft also taught economics at the Johns Hopkins Institute for Policy Studies in 2002 and 2003 as well as at the Georgetown University School of Continuing Studies from 2005 until 2010. Before joining Freddie Mac, Nothaft served as an Economist at the Board of Governors of the Federal Reserve System in the Research and Statistics Division, Mortgage and Consumer Finance Section. In 1976, Nothaft received a Bachelor of Arts degree from New York University in Mathematics and Computer Science, with a minor in Economics. Nothaft also held a Ph.D. in Economics from Columbia University.

Frank Nothaft wrote this brief article in Forbes that characterizes the performance of subprime loans in early 2007 and its effects. He explains that the crisis in subprime loans has not affected prime loans or borrowers and likely will not. Finally, he argues that it will be harder for subprime borrowers to obtain financing in the future.

This article reports Nothaft’s predictions that house prices will continue to fall throughout 2008 and 2009. He also claims that foreclosures will continue to rise, going beyond the 1.3 million in 2007. In addition, Nothaft stated that 2008 will not be a good year and it is likely that the country will go into recession.

This article chronicles how mortgage rates remained relatively stable despite the weak housing market at the time. Nothaft explained that homeownership declined in 2008 due to the falling house prices, stricter lending standards, and high delinquency and foreclosure rates.

This video shows Nothaft discussing how house prices will not recover until 2010 due to the ongoing crisis in the mortgage and housing markets. He reports that home prices and values have fallen all around the country and forecasts that more foreclosures will be filed as the year goes on.

This article discusses how the mortgage rates eased in September of 2008. Nothaft commented that the economy had grown 3.3% in the second quarter of 2008, which was slowed by 0.6% due to residential fixed investment, as a result of the smallest trade deficit in eight years.

Lerner, Michele. “10 Years Later: How the Housing Market Has Changed since the Crash.” The Washington Post. WP Company, October 4, 2018.

This article retrospectively analyzes the financial crisis of 2008 ten years after the fact. Nothaft speaks about how the loosening of underwriting standards and easy credit were not the solution to create a higher demand for loans. He argues that the biggest issue was that niche loans, like low-documentation loans and interest-only loans, became widely available to subprime borrowers. Nothaft concludes that loans must be sustainable otherwise everyone involved hurts. When he comments on the current housing market, he recognizes that higher demand from millennials, full employment, and a strong employment fuel prices increases due to limited inventory.

This article reports that there are similarities in the housing markets before the financial crisis of 2008 and the housing market today in 2020. Nothaft says that the true number of households in delinquency is unknown due to the Cares Act, which allowed for mortgage forbearance. On the other hand, he acknowledges that many loans did not qualify for forbearance and went directly into delinquency. Nothaft also forecasts that delinquency rates will likely increase and unless the economy drastically improves over the next year, lenders may start foreclosure proceedings.

This article announces that mortgage rates dropped below 3% in the summer of 2020. Nothaft recommends that if a potential borrower has a job and has his finances in order, the summer of 2020 was a great time to buy a house.