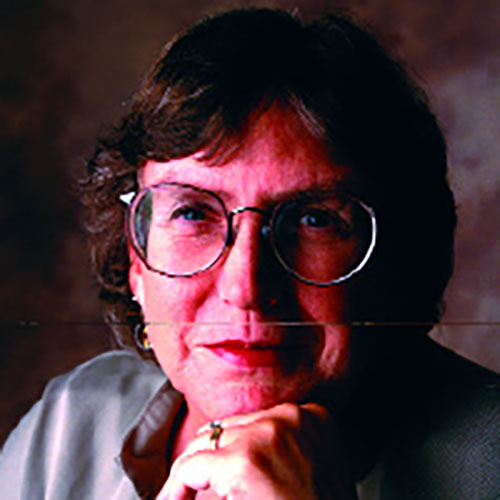 A veteran within Washington Mutual, Fay Chapman provides an insider perspective on cultural changes that accompanied the multiple acquisitions and shifts in management that occurred in the late 1990s and early 2000s. Chapman also discusses the experience of some of the individuals within Washington Mutual who tried to push back against the market and internal forces that advocated for accelerating efforts to attain greater loan volume and market share. In her first time speaking about this time period since 2009, Chapman shares some memorable anecdotes and offers valuable lessons for institutions and their leadership.

Fay Chapman served as the Chief Legal Officer for Washington Mutual from September of 1997 until November of 2007. Chapman went to UCLA for her undergraduate degree and then graduated from the New York University School of Law in 1972.She began law practice in NYC at Milbank, Tweed, Hadley and McCloy but soon moved to the Pacific Northwest. She became a partner at Foster Pepper PLLC in 1977, where she remained for 20 years. After the failure of Washington Mutual in 2008, she and a group of former WM executives started a non-profit called The Washington Mutual Alumni Employee Assistance Fund, which raised and distributed just over $1 million in direct aid and educational assistance to former employees of the company.

This article announces Chapman’s retirement from Washington Mutual in the height of the financial crisis. It discusses her time at Washington Mutual as well as mentions how she will stay on to help the transition of the new counsel.

Louis Pepper and Fay Chapman created an emergency assistance fund to help Washington Mutual alumni who had lost their jobs when the bank failed. The money raised came primarily from Washington Mutual executives and board members with the exception of former CEO Kerry Killinger and former president Steve Rotella. Chapman describes the fund as an attempt to return the “friend of the family” culture back to Washington Mutual.

This article exposes the unethical business practices of Washington Mutual that brought about its downfall. The author quote Chapman several times regarding her personal experience with former CEO Kerry Killinger. Also, the article includes that Chapman argued against the securitization of ARMs and other subprime mortgages from the outset.

Louis Pepper’s obituary in the Wall Street Journal focused on his involvement in Washington Mutual even after he retired. Pepper warned anyone who would listen about the dangers of the housing bubble and then created a fund to provide Washington Mutual employees with retraining and scholarships after the inevitable crash happened. The article quotes Chapman recounting the story of how Pepper saved the bank by forcing its transition into a publicly traded savings bank.

This article explains JPMorgan’s role in the financial crisis, which explains why they had to settle with the Justice Department for $13 billion. JPMorgan bought Bear Stearnes and Washington Mutual during the financial crisis, leaving them with the outstanding legal exposures of the two companies. The article quotes Chapman because of her role as the Chief of Legal Counsel for Washington Mutual.