Mortgage Market in Massachusetts During 2000-2009

Our exploration of Massachusetts mortgage market data in the run up to the financial crisis provides four key findings.

This and other data points, which we highlight below, indicate that the housing bubble in Massachusetts was far less pronounced when compared to other states and the national average. 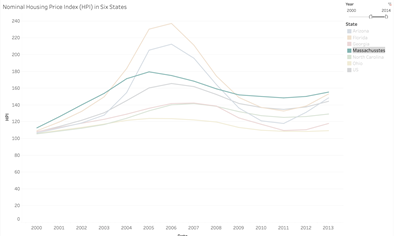 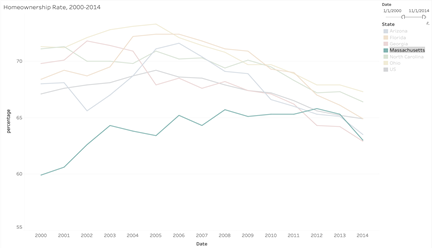 Like other states in our sample, lenders in Massachusetts were more than happy to issuer larger mortgages against the same level of income as home prices steadily increased in the early 2000s.

As seen in Figure 3, average applicant income gradually rose in the years leading up to the crisis. For example, the average income for Countrywide applicants rose from $80,000 in 2000 to $108,700 in 2007. This rise in income corresponds to the performance Massachusetts’ economy during this period (GDP increased by $90 billion in the first seven years of the decade). However, average loan amounts in the state increased at a far greater rate. At Countrywide, they grew from $134,600 to $262,000 between 2000 and 2007. Bank of America was the sole lender that did not follow this trend (their average loan amount decreased between 2003 and 2005).

What is interesting to note is that the effects of this pattern in Massachusetts were not as severe as the other states we are visualizing. This will be explored in the next finding. 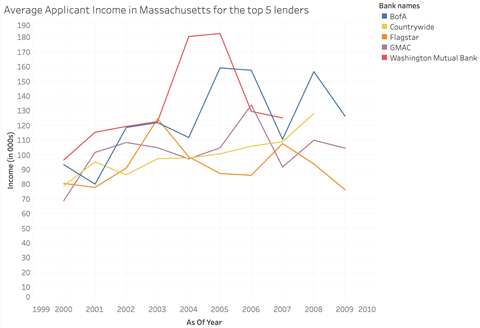 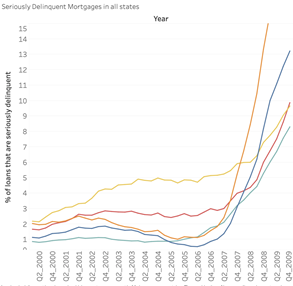 One reason why Massachusetts’ housing market was less impacted when the bubble burst was the state’s economy. The unemployment rate in Massachusetts rose by 3.4% from January 2008 to December 2009. In comparison, in both Arizona and Florida, it rose by 6.4% over the same period. Obviously, employment status is a major predictor of a borrower’s ability to pay. 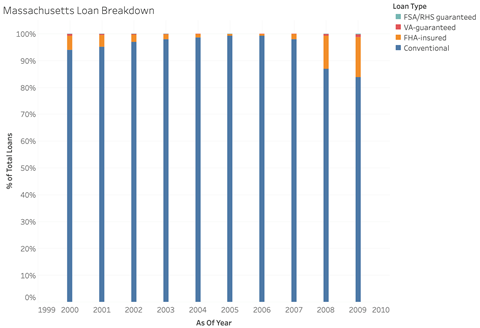 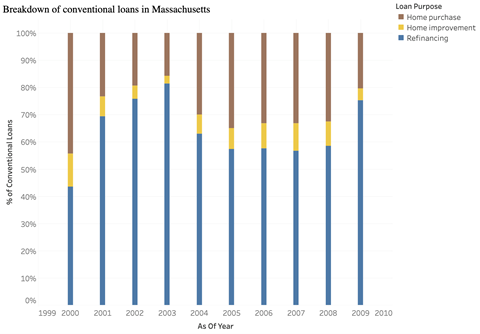